Film with Pride forms part of LCR Pride Foundation’s year-round programme of social and cultural events. Showcasing the very best of LGBT+ cinema from around the world, we collaborate to ensure the best in new and classic LGBT+ cinema can be seen across the Liverpool City Region and create chances to view films in a friendly, social setting.

Film with Pride works with supporters and like-minded partners, including Picturehouse at FACT and the Unison North West LGBT Group. All of our films are selected by a group of Film with Pride volunteers.

We work to curate a truly diverse and exciting programme that will provoke debate and entertain in equal measure. Our team is also at every screening, so you can come and talk to us about the films you’ve seen and those that you would like to see as part of our programme.

Film with Pride is also about more than just film. We’re committed to working together to create an inclusive community of LGBT+ film lovers and to elevate and celebrate voices rarely heard in mainstream cinema.

If you love film as much as we do, you can get involved by emailing [email protected].

Take a look at what our community has to say: 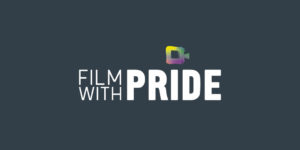 Your film could be selected to be screened at our Short Film Gala night or even submitted as our entry ...
Read More

Whether you’re a big brand or small business, supporting LCR Pride Foundation events can have a huge impact on your business and our community, so let’s start the conversation today.

Stay up to date

Want keep up to date with LCR Pride Foundation?
Sign up today for news, campaigns and events taking place across the Liverpool City Region. Don’t worry, we take your privacy seriously so we won’t share your information with third parties.